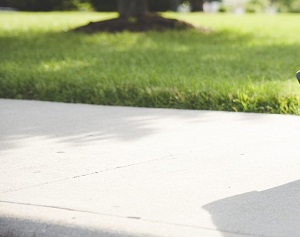 The program was initiated in 1998, intended to bring a partnership between the city and residents to split costs with replacement sidewalks along public right-of-ways.

Service Director Ron McAbier told council during their latest meeting that the initial wave of applications was light, and plenty of funds remain up for grabs.

“I’m going to shoot from the cuff, and say probably $13,000 is what we have now. There’s still plenty of money there, and I’d like to get the word out to everybody. We’re going to run it as far as we can just so they can still meet that end date. We’re going to try and run it all summer, as long as the contractors can get that work done by the deadline date.”

That total was based on the approved amounts already dished out at the end of June.

Applications will be accepted as long as the affected paths can be tackled by the fall, and as long as money is available.

Contractors completing the sidewalk replacements must submit final invoices to the city for eligible payment to residents.

An application form that contains all information about the program can be found at www.newphilaoh.com.