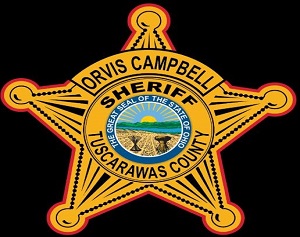 Nick McWilliams reporting – The body of a 25-year-old man who went missing over the weekend in the Tuscarawas River has been recovered.

Crews reportedly located Keith Schlabach Tuesday morning near the St. Clairsville Street Bridge, which is in close proximity to the location where he was reported missing by a friend who was with him when their canoe capsized near Fillman’s Bottom Road.

Tuscarawas County Sheriff Orvis Campbell stated that crews had searched the area where Schlabach was found on multiple occasions.

“It’s an area that had been extensively searched with sonar, but they just hadn’t been able to find him. These water searches are very difficult, and a lot of things come into play.”

Campbell credited much of the search efforts to CAM Search and Rescue team, which is a Christian-based team through Christian Aide Ministries. That group ultimately found the body of Schlabach.

The sheriff thanked the combined efforts of all involved, and was thankful to see the Baltic man be laid to rest properly, after numerous friends and neighbors from the Amish community were seen standing on the River Hill Road bridge over the river throughout the days-long search efforts.

“We’re very thankful for their dedication and hard work that will now allow the family to have an opportunity to properly bury their son and loved one, the way he deserves to be treated.”

Schlabach’s body has been turned over to the Tuscarawas County Coroner’s Office with a report pending.

Fire crews from Arrowhead Joint Fire District, Warwick Township, New Philadelphia, Dover, Newcomerstown, and individual firefighters from numerous other departments, along with the Ohio State Highway Patrol, MedFlight, the Ohio Division of Watercraft, and other participated in the search.