Bolivar Man Now Competent for Trial, Sanity to be Tested 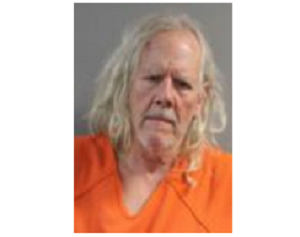 Nick McWilliams reporting – A 68-year-old man who allegedly shot at law enforcement and lead them on a chase is now competent to stand trial.

Donald Whiting Jr. is accused of firing at an officer responding to a complaint at his home, before barricading himself in his home for hours, eventually driving away and crashing in Fairfield Township, eventually being apprehended.

Tuscarawas County Common Pleas Judge Elizabeth Thomakos held a competency hearing for an update, relaying to Whiting via video conference that his report showed mental conditions, but he could still stand trial.

Despite that ruling, Whiting will now undergo sanity evaluations, which will determine his state of mind in May of 2021 when the alleged incident occurred.

For the time being, he will remain at the Heartland Behavioral Health in Massillon, awaiting evaluation, according to Thomakos.