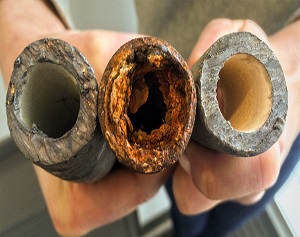 Brown discussed the idea of a new bill that would enroll young children who are already in Medicaid and Children’s Health Insurance Program for testing to ensure their health and safety.

He notes that the state sees thousands of children who develop decreased cognitive function, weight loss, and delayed growth each year due to lead.

“Decades after we learned the dangers of lead exposure, too many Ohio children are still being poisoned by the homes they live in and the water they drink. In 2018, 3,800 Ohio children testing positive for lead levels. That’s just the data we have. We know there are many other children at risk.”

Brown went on to note that early testing would be the key under the bill, which proposes to open testing for children from ages one to two.

By estimates, Medicaid says that over four million children live in homes that can lead to exposure at a dangerous level.

Additional provisions would be made that would assist with replacing lead water pipes in cities and water infrastructure that could also lead to exposure.