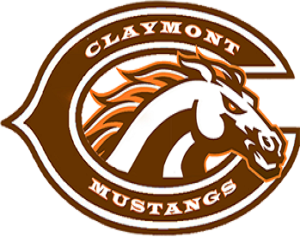 More reductions are a possibility, in the near future, for the Claymont City School District.

Cuts were made last spring but due to financial strains, more are on the table for the Board of Education to consider.

Superintendent Brian Rentsch says the district is currently spending more money than what they have available and until they curb the deficit spending, they can’t operate their school systems.

“So we need to tighten our belts and what we can do to eliminate possible positions. Within the next couple of years, we are looking at $2.3 million in debt then it jumps to almost 3 million then almost 4 million dollars.”

Talks are on the table regarding staff reductions and possibly closing a school building; however, nothing has been decided at this time.

Rentsch notes that the finance committee has been reviewing the numbers and where the money is going in the school system.

“Between 75 and 85 percent of your budget is for staffing, then you have your operational costs that for fuel and bussing, and the other expenses is for heating and cooling building, excreta. The largest savings is, unfortunately, staff and then when you look at closing buildings as a possibility, then you’re also saving the operations [cost] of that building.”

Voters recently passed a combination of tax levies, with 3-mills going for operations that include staff salary and buildings and 2-mills was for the permanent improvements.

He points out that the stadium upgrades, currently underway, were possible because a high school bond issue ended and with voter approval, it was replaced for the stadium project.

Discussions are also happening with board members for the possibility of seeking voter support to generate dollars for the district.

The next Board meeting is set for February 10th, at 5:30pm, at the administrative offices located in Dennison.