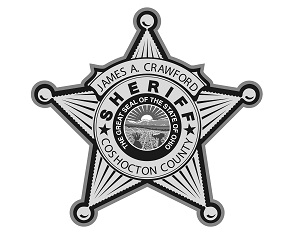 Mary Alice Reporting – A theft report at the Coshocton Walmart ended with two females being arrested after a pursuit went into Tuscarawas County.

The Coshocton Sheriff’s Office was notified Monday, at 9 pm, of two women possibly stealing items from the store and acting suspiciously.

Deputies arrived, locating driver, Jessica O’Reilley, 28, Of Canton, and the passenger being Destinee Ridenbaugh,23, of West Lafayette, who had an active warrant from Muskingum County.

They fled the scene, initiating the pursuit that went onto U.S. 36 east and continued to County Road 10, onto CR 425, and then traveled north onto State Route 93, and into Fresno, before crossing the county line.

The chases ended in Tuscarawas when the driver lost control of the vehicle, going off the roadside into a creek. Both women were arrested and transported to the Coshocton Jail to await official charges.

There were no injuries sustained in this pursuit or the accident.