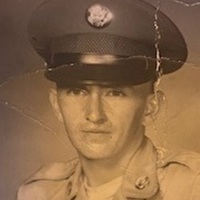 Dennis Jack Carpenter, 73, a lifelong Dennison resident, passed away on Friday, December 25, 2020, at the Cleveland Clinic Union Hospital in Dover. Born January 4, 1947 in Dennison, he was the last surviving son of the late Otto and Harriet L. (Leach) Carpenter, having been preceded in death by his brothers, Thomas, Leonard Sr., William, Jake, and Clayton Sr., as well as his sisters, Beulah “Irene” Henry and Wanda Miller.

Dennis was a 1965 graduate of Dennison High School before proudly serving his country in the U.S. Army during the Vietnam War. After returning from the military, he began his long career with Superior Clay where he was employed until his retirement in 2010. He enjoyed watching sports, spending time on his front porch, and playing the lottery, but most of all, he treasured the time that he spent with his family.

In the interest of public health, no public service is planned at this time. He will be interred in Union Cemetery in Uhrichsville. In lieu of flowers, memorial contributions may be made to the Leukemia and Lymphoma Society.