Don’t Forget to Recycle the Wrapping Paper and Bows 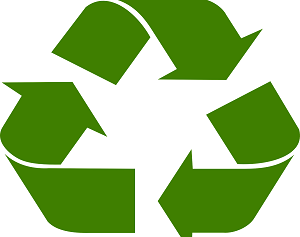 The extra waste generated in the United States between Thanksgiving and New Year’s Day amounts to 25-million tons.

From gift wrap to leftover food, experts say there are ways to reduce, reuse or recycle this holiday season.

According to the Environmental Protection Agency, Americans throw away 25-percent more trash between Thanksgiving and New Year’s Day than any other time of the year.

Whether shopping, decorating, cooking or giving a gift, Hanna Greer-Brown with the Solid Waste Authority of Central Ohio suggests looking for ways to reduce, reuse and recycle.

With gifts, Greer-Brown suggests reusing magazines and newspapers or purchasing recycled paper. You can also put a gift in something that can be reused.

She notes cardboard boxes are easier to recycle if they flattened. With holiday cards, Greer-Brown recommends being selective about how many you send, or send an electronic greeting instead. And unwanted holiday decorations and lights can be donated instead of tossed into the trash.

She adds Ohioans should also think about how they can reduce food waste, which increases by about 33-percent this time of the year.

The E-P-A says about 28-billion pounds of food waste is thrown away each holiday season.