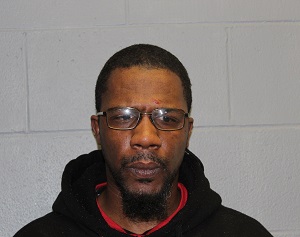 Mary Alice Reporting – A brief pursuit, which ended in a crash, began after a reported shooting in Coshocton.

On Monday, Emergency Medical Service personnel were dispatched to the home on Hutchison Avenue at roughly 5:45pm.

The call referenced a shooting and Coshocton Sheriff’s Deputies were advised of a silver Honda Accord that had left the scene.

A matching vehicle was spotted on State Route 621, in the Canal Lewisville area, and deputies initiated a stop, but the vehicle continued on.

The pursuit continued on 621 toward the intersection of US 36, where the vehicle crashed.

Meanwhile, on scene of the shooting, deputies discovered a female in the front yard and a deceased male inside the house. The woman was transported to the Coshocton Regional Medical Center where she was later pronounced dead.

Reports indicate that both had been shot multiple times.

According to a release from Sheriff James Crawford, 42-year old Edward Young of Coshocton is being formally charged with murder in the death of 26-year old Joshua Allen Jones.

The incident appears to be the result of a domestic-type situation, and Young reportedly had four children within the vehicle when he crashed. No injuries were reported.

The incident remains under investigation by the sheriff’s office, prosecutor’s office, and the Bureau of Criminal Investigation.