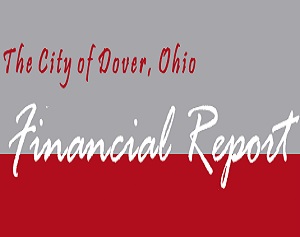 Nick McWilliams reporting – The head of Dover’s financial department released the yearly report about the city and their operations over the last year.

The report, issued by Auditor Nicole Stoldt, was forwarded to the Auditor of State’s Office and verified by another independent group.

Stoldt says that despite the overruns for Dover Light and Power, the city finds itself in good financial standing.

“There were some of the electric overages, but most of those were filtered into this year, so we did not see a lot of that during [2021.] But all-in-all, our income taxes have risen, we were able to do a lot more projects. We had an increase in our Master Capital percentage, so we had a little extra money that we were able to pave some more streets and do a few more projects.”

Those investments represent money spent, but lead to better economic growth, according to Stoldt.

For a full report, including a summary of the 200-page document, visit www.doverohio.com/auditor.