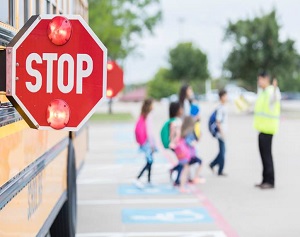 Mary Alice Reporting – More than 1,000 Ohio schools are receiving state assistance for security upgrades and among them is a Tuscarawas County district.

Dover City Schools is on tap to be awarded almost $89,960 for their three elementary buildings and the middle school.

Governor Mike DeWine made the Tuesday announcement as part of the Ohio K-12 School Safety Grant Program that is investing nearly $47 million in grant funding to schools in 81 counties. Grants equal the amount requested by each school up to $50,000 and this year, DeWine noted the legislature partnership to increase the grant program by an additional $100 million with support from the American Rescue Plan Act.

The money the school district receives can cover expenses associated with security enhancements that can include additional or upgraded cameras, a public address system, automatic door locks, a visitor badge system, and exterior lighting.

For the local district:

The City of Dover and the school district also recently announced they are going to employ a Resource Officer, of which the city will contribute 30% of the total cost.