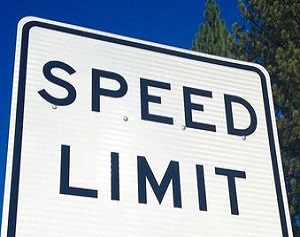 Nick McWilliams reporting – A heavily traveled road in Dover will have some new high-tech signage to try and reduce speeding.

Residents approached Dover council in the past with concerns over vehicles traveling at high rates of speed on Wooster Avenue.

Safety Director Gerry Mroczkowski told council at their latest meeting that Dover will install units similar to ones seen in surrounding towns like Bolivar, Strasburg, and Zoar.

He suggested signs produced by a well-known radar company, which has been trusted for decades.

“Stalker Radar is a very well-known company. They do a lot of police radar and a lot of police equipment. I’m leaning towards the Stalker product. Not only because it’s larger, but we can program it the way we want to program it. And I think it will serve us better.”

The signs track speed in real-time and are intended to act as a deterrent from exceeding the speed limit, showing drivers their exact speed at any given time.

The cost for two signs, which will be placed on North Wooster, will be just under $6,700.