Drive Sober, Get Pulled Over During Holidays 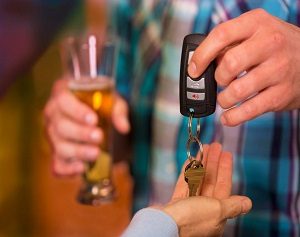 The campaign runs through January 1st and involves all law enforcement to take a zero-tolerance stance for driving while impaired.

Tuscarawas County Safe Communities Coordinator Kelly Snyder notes that impaired driving can have severe consequences and their commitment remains to enforce this safety message to keep all safe on the roadway.

“In 2019, 67% of our fatal crashes, in Tuscarawas County, involved some type of impairment. When we say impairment that can be drug or alcohol. In 2020, so far, we have 11 fatal crashes with 14 fatalities and five of those are OVI related.”

She adds that sober driving goes for alcohol consumption but also prescription medications that may cause drowsiness.

“Any type of medication like that can affect your mood, reaction time, things like that. Those are OVI’s. That’s driving impaired. We just want people to be aware that it’s so much more. It’s recreational drugs, it’s prescription drugs; as well as, alcohol.”

Any suspicious driving behavior can be reported to the State Highway Patrol by calling #677.