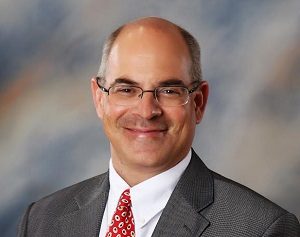 Taking his place, based upon election votes, is Mike Ernest, who has served as a county prosecutor for over 20 years.

O’Farrell notes that he started his judicial career over 40 years ago and was first elected into a judge seat in 1976 at the New Philadelphia Municipal Court. Then he moved on, in 1990, as he won the election to the common pleas court.

“I was the first judge in Ohio to research the law and realize that I could use a special license plate, a yellow background, and that’s what they call a family plate.”

He adds that, within the past 10 years, more drug-related criminal activities have seen a noticeable increase within the local court with the majority possession related.

Coming up on January 2nd, Ernest will officially be the next Common Pleas Judge and he started as a lawyer in 1996 before moving to the county prosecutor’s office in 2009.

Throughout December a transition has occurred with Ernest attending a week-long training and working with Judge Elizabeth Thomakos.

“She has been a judge in our county since 1999 so she is a wealth of information and could not be any more helpful in trying to bridge the gap for me. Judge O’Farrell has made it clear that he is a resource; as well as, Elizabeth Stephenson, the court administrator.”

Ernest was sworn in on Monday and adds that, despite his new position, he still looks to continue his various positions he currently serves for many area organizations.

For O’Farrell, he pointed out that, while he’ll spend more time with family, he’s also eligible to serve as a stand-in judge in Ohio in any municipal or common pleas court.