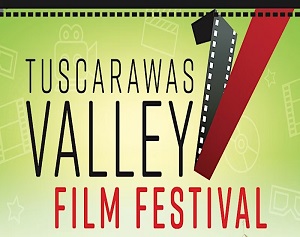 Over the next four weeks, every Thursday, a special movie will be shown in one theatre at the Quaker Cinema.

All profits from this event go to support Big Brothers Big Sisters of East Central Ohio.

The Tuscarawas Valley Film Festival takes place on September 22nd and 29th and then on October 6th and the 13th.

Cinema Owner Mike Ernest explains that the festival starts with Bat Boy, a documentary of tragedy and triumph.

“Man by the name of Ray Negron and Ray is going to be at the theatre along with the filmmaker. Ray is the subject. It’s called Bat Boy because he, as a 17-year-old, was essentially sentenced to be the bat boy for the New York Yankees and has worked for them to the present day.”

Park St. Pizza and Hoodletown Brewing will be available at 5:30 pm each film festival night at the Quaker Cinema, in New Philadelphia. The movies begin at 6:30pm.

Ernest points out that tickets are limited for each show since only one projection room can be utilized.

Other movies being shown include The Integrity of Joseph Chambers, Open Hearts, and, Jethica.

For more details about the movies or to purchase tickets, visit www.quakercinema.com.