Former Dispatcher Back in Ohio Facing Theft without Consent Charges 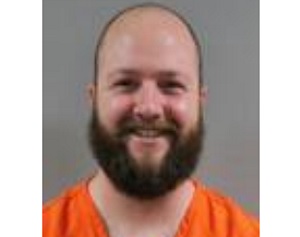 A former dispatcher has been extradited back to Tuscarawas County to face theft charges.

Timothy Willer started at the Sheriff’s Office on January 4, 2021 and was terminated on December 22,2022 and is now charged with three counts of petty theft, a 5th-degree felony of forgery, and a charge of theft.

Sheriff Orvis Campbell says allegations were learned about the 28-year-old, who reportedly took money from coworkers to purchase firearm parts and ammunition for personal weapons. Campbell explains one victim became suspicious when he did not receive anything in return, prompting a further investigation.

“We had learned a total of three employees of the Sheriff’s Office and one police officer from another jurisdiction had been in the same situation. There are certain types of gun parts that require you pay for a stamp from the ATF and you get those through FFL dealers. We have more than one FFL dealer as a member of the Sheriff’s Office so it’s not unusual, and I think in this case, the employees never thought to question him. He seemed to know how to do the paperwork.”

Campbell adds that a product was never returned even after the funds were given to Willer, who even showed emails that were reportedly from the ATF.

“Those emails were fake. They were used to try to get the people to trust him that the product was coming but it never was. Lt. [Adam] Fisher interviewed Mr. Willer, who confessed that he never had an FFL license.”

From the four victims in the case, roughly $5,600 was taken but was given back after Willer reportedly borrowed the money from family members.

In late December, the Tuscarawas Grand Jury voted to indict Willer, according to Campbell.

“He knew when that was to take place and he was given an option to meet us to be served a summons and he chose to go to Michigan, where he has family, and when that took place, the court issued a warrant for him. He was arrested in Michigan.”

He was held in the northern state for about two weeks and was brought back to Tuscarawas County by deputies last Thursday. Willer remains in the justice center. A hearing has not been scheduled in the Common Pleas Court.