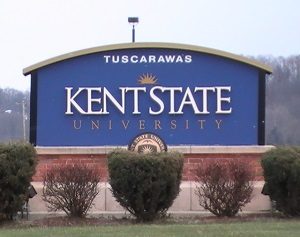 Mary Alice Reporting – The City of New Philadelphia is looking to go after grants to help fund a 3.2-mile trail.

The administration is working with the Ohio Mid-Eastern Governments Association (OMEGA) to obtain the funding that would create a designated bicycle and pedestrian trail from the KSU-Tuscarawas campus to downtown New Philadelphia.

Mayor Joel Day notes that preliminary estimated from an engineering firm put the cost around $3 million.

“The trail would give students and residents a safer route to travel to and from the downtown area. This would be the first leg of a system of bike and pedestrian trails designed by a study funded by the City, the Ohio and Erie Canal Coalition and local tourism partners.”

Another goal of the trail is to provide an economic boost to businesses located on or near the mapped out trail.

Day adds that, ideally, the trail opening would coincide with the opening of student housing on campus.