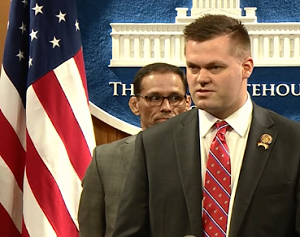 Mary Alice Reporting – A bill related to the death penalty has been signed into law by Ohio Governor Mike DeWine.

98th District Representative Brett Hillyer sponsored House Bill 136 which deals with the death penalty and if the offender has a mental illness.

Hillyer noted that the bill stipulates several things, such as, if an offender can prove that they were mentally ill at the time of an offense, specifically for aggravated murder, the death penalty would not be applicable and life in prison sentence instead would be imposed.

“Made several procedural corrections that made it truly doable for the courts to advance the principals in 136.”

As part of the bill, a full diagnosis would have to be proved of one or more mental conditions, such as delusional disorder or schizophrenia, which indicated the defendant was impaired at the time of the alleged offense. The prosecution will have the opportunity to present any evidence to contest a diagnosis.

This legislation was introduced in March 2019 in the House before passing to the Ohio Senate for review, and ultimately made its way back to the House of Representatives where the amendments were concurred on in December 2020.