I-77 Shut Down for Multiple Vehicle Crash 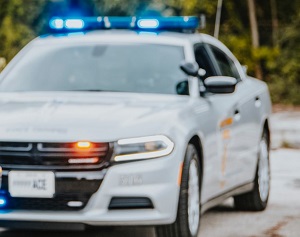 A significant accident caused a major interstate to be shut down for a couple of hours Tuesday evening.

The New Philadelphia Post of the Ohio State Highway Patrol responded at 6:39 pm for a four-vehicle crash in Bolvar at exit 93.

An investigation determined that a Freightliner box truck was northbound on Interstate 77 and began to take the Bolivar exit but veered back towards the interstate and traveled through the gore.

A release notes the truck hit a traffic sign, light post, and guardrail and as the vehicle went across the northbound lanes, debris was scattered. The box truck then overturned on its right side in the median.

Meanwhile, a northbound Chevrolet, behind the truck, struck some of the debris as it was falling. A Ford vehicle, directly behind, stopped abruptly to avoid other debris in the roadway and was struck in the rear by a Honda. This caused the Ford to be pushed from I-77 into the gore.

The extent of any injuries was not listed but the driver of the box truck and two occupants of the Ford were transported to local hospitals by ambulance.

Assisting OSP at the scene include the Bolivar Police Department, Fire and EMS units from Bolivar and Mineral City, ODOT, and several towing companies.

The overall scene was cleared by 9:29 pm. OSP notes that the box truck was carrying US Mail, which did not spill, and the US Postal Inspector was contacted. The crash remains under investigation.