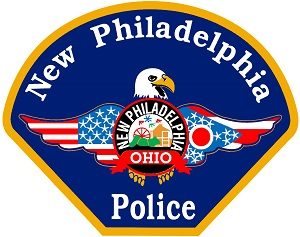 The case where a four-month-old child was injured wrapped up quickly with no suspicious activity believed to be involved.

The New Philadelphia Police Department received notification, on Sunday, from Akron Children’s Hospital about the injuries, which they are obligated to do when the circumstances are either unknown or suspicious.

Detective Captain Shawn Nelson explains that reports indicate the trauma to be a fractured skull and a bleed on the brain.

During an investigation, Nelson says it appears to be an accident while the infant was in the care of the mother’s friend.

“She received a call from her, saying that the baby had rolled off the bed and struck its head. The care provider had sent a picture of the baby to the mother showing a mark, a bruise, and a small laceration [at the] corner of her eye. She said she’d keep a close eye on her. Within just a couple of minutes, the care provider decided she wasn’t comfortable with the way the baby was acting so she called the mother back.”

The mother then took the child immediately to Union Hospital before medical personnel determined the infant need to be transported to Akron for the head injury.

For the investigation, Tuscarawas Job and Family Services were present and during all interviews, there was full transparency and compliance.

“We have interviewed the care provider. At this point, we have no evidence to disbelieve her version of the events short of any other information coming forward. Nothing was attempted to be covered up or hid. It all seems pretty straight forward.”

Nelson indicates that common sense procedures, of calling the mother and going to the hospital, were followed in this case.