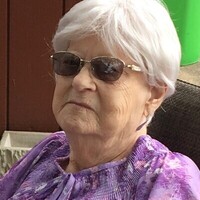 Kathleen Joan Betts, 88, of Gnadenhutten, passed away on Saturday, January 2, 2021, at The Laurels of Canton. Born July 10, 1932 in Ft. Wayne, Indiana, she was a daughter of the late George Boyd and Evelyn (Arick) Boyd Shumaker.

Joan grew up working for her family’s restaurants, dividing their time between summers at Buckeye Lake in Ohio and winters in West Palm Beach, Florida. She was a 1951 graduate of Hebron High School before marrying the love of her life, Walter E. Betts, on December 15, 1951 in Riviera Beach, Florida where they had met. Shortly after their marriage, they moved to Gnadenhutten where they raised their family together. Joan was a loving wife, mother, grandmother, great-grandmother, and homemaker who liked to refer to herself as a Domestic Engineer. She attended several area churches including Grace United Methodist Church in Uhrichsville, as well as Gnadenhutten United Methodist Church and Gnadenhutten Moravian Church.

She will be deeply missed by her surviving family which includes her husband, Walter, with whom she looked forward to celebrating 70 years of marriage in 2021; their sons, Bill (Connie) Betts of Uhrichsville and Bob (Sandra) Betts of South Carolina; grandchildren, Tiffani (Ross) Swaldo, Blair (Amanda) Betts, Natalie (Shane) Steele, Thomas Wolfe, Arielle (Bryan) Babjak, and Kayla (companion, Alex) Betts; 8 great-grandchildren; and a number of nieces and nephews. In addition to her parents, she was preceded in death by a daughter, Barbara Jane Wolfe; grandson, Jeffrey A. Wolfe, II; and sisters, Mary and Margaret.

In the interest of public health, a memorial service is planned for a future date when her family and friends may gather more safely to celebrate her life. She will be interred in Uhrichsville’s Union Cemetery. In lieu of flowers, memorial contributions may be made to St. Jude Children’s Research Hospital, 501 St. Jude Place, Memphis, TN  38105.