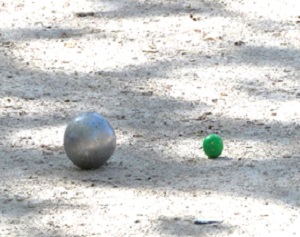 Mary Alice Reporting – Folks can play a game that dates back to ancient Rome during a Saturday event at the Dover City Park.

The exact origin of bocce ball is unknown but it was documented that Romans enjoyed the game that might date back to 5200 B.C. and was played by Egyptians.

The outdoor game is similar to bowling in which eight larger spheres of two colors are thrown toward a smaller ball with the intent to get a person’s team ball closer to the smaller object by tossing or knocking an opponent’s ball away.

Anyone wishing to learn more about the game is invited, by the Dover Public Library, to Dover Park this Saturday at 6 pm. Local enthusiast, Judy Marshall, will explain and demonstrate the basics of the game that is growing in popularity in the United States.

Attendees are encouraged to bring a chair to the courts at 2421 N. Wooster Avenue.