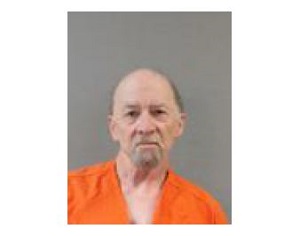 Nick McWilliams reporting – A man who pointed a gun at a store worker outside Newcomerstown before fleeing will spend at least four years in prison.

On Monday, 67-year old Neil Timbers was sentenced to four years in the Ohio Department of Rehabilitation and Corrections, after pleading guilty to a second-degree felony of robbery back in May.

The incident occurred in November at Sally’s Hilltop Store, with Timbers threatening a cashier with a gun. The employee refused to give the Lore City man any money, and he fled the scene, later apprehended following review of video footage.

Before his sentence was delivered by Judge Michael Ernest, Timbers asked for leniency for what he called a terrible decision made in haste.

“I can’t even fathom what I was thinking. It’s just a spur-of-the-moment thing that I did, and honestly, when she said no about money, I almost thanked her. Which would mean I could just leave, and hope this goes away. It was a bad mistake, and I hope I didn’t [scare her.]”

While his defense attorney, John Watters, argued that his client’s previous criminal convictions were few and far between, including a more than two-decade span of no infractions, Ernest awarded a prison sentence of four years that includes a two-year tail.

During the reading of the sentence, the Tuscarawas County Court of Common Pleas judge was blunt with his assessment of the gravity of the offense.

“Neil, I think you knew it. You’re an intelligent man. This can’t come as a surprise to you at all. If you walk in some place, and point a gun at them, demanding their money, whether they give you the money or they’re frozen in fear or didn’t take you serious, it doesn’t matter. You did that. You put them in that vulnerable situation of losing their life over some cash.”

Following his release, Timbers will be under supervision for no less than 18 months.

He was given 16 days jail credit, and does have the right to appeal the sentence.