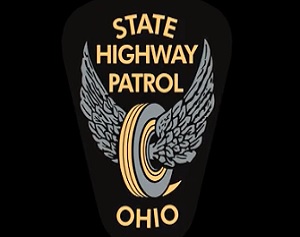 Nick McWilliams reporting – A man from Richland has been taken into custody, causing two incidents, and sending two to the hospital.

According to the Ohio State Highway Patrol New Philadelphia Post, 39-year-old Chad Cordwell was driving a GMC pickup Saturday, which was reported stolen out of Mansfield earlier in the afternoon.

Traveling eastbound on U.S. 250, he attempted to pass a car driven by 45-year-old William Parrish in the right side been, striking a mirror and fleeing the scene.

The crash sent a 70-year-old woman and a 75-year-old woman, both of New Philadelphia, to Cleveland Clinic Union Hospital for their injuries.

Cordwell reportedly attempted to flee the scene again, this time taken into custody by the Tuscarawas County Sheriff’s Office.

While being questioned by troopers, the Richland man admitted to drinking alcohol recently, but refused to cooperate with questioning, leading to his arrest.

After the stolen vehicle was confirmed, troopers also learned the plates in the truck came back as stolen from another vehicle.

Further charges are pending, after Cordwell damaged property in the back of a deputy’s vehicle during his transport to the Tuscarawas County Justice Center.

The Uhrichsville Police and Fire Departments and the Ohio Department of Transportation assisted in scene.

Cordwell is facing charges from both the Tuscarawas County Southern District Court and the Court of Common Pleas.