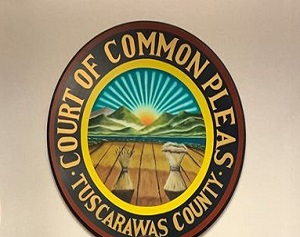 Nick McWilliams reporting – Stemming from a 2020 fatal accident in Dover, a man has entered a guilty plea in the Tuscarawas County Court of Common Pleas.

From Uhrichsville, 28-year-old Larry Short was driving a vehicle before going through a stop sign, hitting the side of another car, causing injuries to one of his passengers and the driver of the other vehicle.

Another passenger, 23-year-old Joseph DeMattio, went into a coma after the August incident until his death on December 25th.

Short attempted to flee the scene and was captured, and was on probation for a home invasion in 2019.

“We recommend and aggregate, indeterminate prison sentence of six years and six months to eight years and six months, with the first four years of incarceration mandatory. As part of the agreement, the state agreed it would not object to Mr. Short’s judicial release from prison after he served a mandatory four-year term and six months.”

Short’s plea of guilty applied to one count of aggravated vehicular homicide, one count vehicular assault, three counts of failure to stop after an accident, and operating a vehicle with willful and wanton disregard of the safety of persons or property.

Thomakos is not bound by law to accept the suggested sentence, but will take the request into consideration for a sentencing scheduled for September 21st.

A pre-sentence investigation was ordered as well.