Muzzleloader Season a Success in Ohio 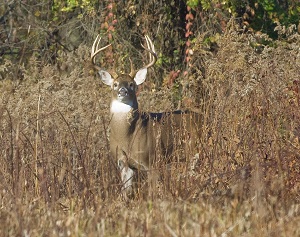 Mary Alice Reporting – More than 12,000 deer were checked during a four-day hunting season.

It was muzzleloader season from January 8th to the 11th and according to the Ohio Department of Natural Resources, Ohio ranks fifth nationally in resident hunters and 11th in the number of jobs associated with hunting-related industries. Hunting generates more than $853 million in the state through the sale of equipment, fuel, food, lodging, and more.

Coshocton remained as the top county with 467 deer harvested followed by Tuscarawas at 455 with Guernsey, Ashtabula, and Muskingum trailing to round out the top five.

Deer hunting occurs in all 88 counties and Ohio hunters have purchased 394,059 deer permits through Tuesday, Jan. 11. Hotspots for deer hunting are found mostly in the eastern regions.