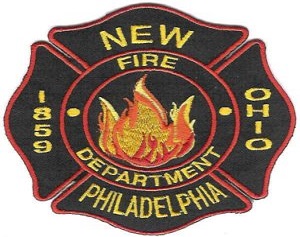 A fire was quickly contained yesterday afternoon and an apartment suffered minor damage.

New Philadelphia fire crews were called out to 439 W. High Avenue for the confirmed structure fire at an apartment complex.

“There was a small fire in the ventilation, the light, and fan in the upstairs bathroom. It produced a small amount of fire and smoke throughout the apartment.”

A first call was toned out but with the fire contained rapidly, all assisting units were dismissed.

Overall, Parrish explains that the blaze was contained to the upstairs bathroom area with the apartment having smoke damage.

“Overhauled the area around the ceiling fan by pulling the ceilings and taking the insulation out of the bathroom area to reduce the amount of damage.”

The other units in the complex did not suffer from damage.