Numbers Down for Opening Day of Deer Gun Season 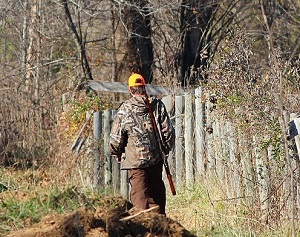 Mary Alice Reporting – Hunters were met with challenges of rain and snow for the opening day of Ohio’s deer gun season.

The week-long opportunity started Monday and statewide, 10,904 white-tailed deer were checked, according to the Ohio Department of Natural Resources.

Coming in at the top was Coshocton County with 356 deer’s harvested followed by Tuscarawas with 352, and then Knox, Muskingum, and Licking to round out the top five.

The ODNR adds that not only is the season popular with Ohio hunters, out-of-state hunters also purchase a license with most coming from Pennsylvania, Michigan, West Virginia, and North Carolina.

The Division of Wildlife notes that over 353,500 deer hunting permits were sold or issues through November 30th.

Ohio’s deer gun season is open until Sunday, December 6th with a bonus weekend set for December 19th and 20th.