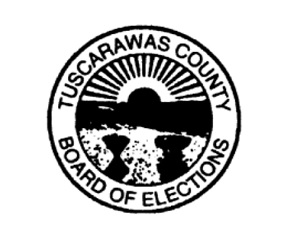 Mary Alice Reporting – Anyone wanting to vote in Ohio’s second primary will have to ensure they are registered or update their information.

Just as is normal before any election day, registration is required and the deadline, to vote in the August primary, is July 5th.

Tuscarawas Board of Elections Director Gail Garbrandt explains there is also still time for anyone wanting to vote by absentee ballot.

The only local races up, on August 2nd, are the 31st State Senate and 51st Ohio House of Representative races, along with the man and woman central committee offices for the democrats and republicans.

Both running as republicans, Al Landis, for the Senate seat, and Brett Hillyer, looking for reelection, remain unopposed in the primary and will be on the November General Election.

With the new district maps, changes happened for the central committee candidates in terms of opposition.

Looking to be elected as a Democratic man for a four-year term are K. William Bailey, Grant Hutcheson, Eric Stevens. On the Republican side, Charles Blake, Doug Deeken, Patrick Hennessey, and Doug Wills are vying for that position.

For the women’s state central committee, Martha Campbell is the sole candidate for the Democrat Party and Antonia Blake is representing the Republican Party.