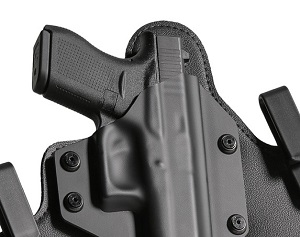 The law changes allow Ohio citizens, 21 years of age and older, to carry concealed firearms without a license, although officials still strongly advise applying for the permit.

The law does not allow anyone legally disqualified from concealed carry the right to do so, including those convicted of felonies, those who have been dishonorably discharged from the military, and a long list of other eliminating factors.

Areas where firearms are not permitted, such as buildings where a courthouse is present, do not change under the law.

There is no longer a requirement to promptly inform law enforcement officials if residents are carrying, unless asked by an officer.

Some officials, like Tuscarawas County Sheriff Orvis Campbell, have expressed hesitancy related to the new law, which no longer requires firearms training for carriers.

Residents planning to carry a firearm are urged to read the full legislation fully to understand all parts of the law, and consider taking some form of firearms training.