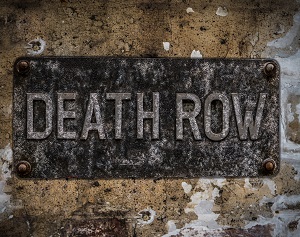 ONC reporting – Efforts to end executions in Ohio have reached a historic point.

An invitation-only hearing was held by the House Criminal Justice Committee Friday on legislation which would end Ohio’s death penalty. It’s the fifth hearing on House Bill 183, and the farthest a death penalty repeal bill has gone in the legislative process.

Allison Cohen, director of communications for the group Ohioans to Stop Executions, said the measure has record bipartisan support.

A fiscal analysis of the bill estimated it would result in annual savings in both time and resources for the Attorney General, the state public defender, county prosecutors and courts. However, the Department of Rehabilitation and Correction would likely experience long-term cost increases because of the need to house certain offenders for longer prison sentences.

According to the ACLU, while comprising only 13% of the population, nearly 60% of people awaiting execution are Black.

Demetrius Minor, national manager of Conservatives Concerned About the Death Penalty, contended the racial bias imposed by the criminal-justice system and the death penalty must be recognized.

“It is essential that we acknowledge the harm that has occurred through the justice system and work together regardless of political beliefs and affiliations to address the disparities. And for Black Americans, the sting of being targeted and oppressed is still being felt today.”

Opponents of repeal argued capital punishment is reserved for the most horrific crimes where the offender is beyond rehabilitation. But Cohen countered it is not how it is applied in Ohio, noting the vast majority of people on death row are from a handful of counties.