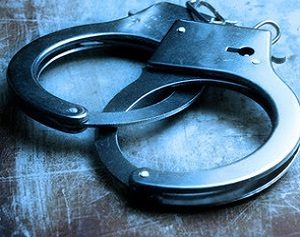 Taking a trip out west to the Mesquite Police Department, in Nevada, two New Philadelphia residents and one from Uhrichsville have been arrested.

The department released that, just after midnight on Sunday, officers were dispatched to the Terrible Herbst gas station related to reports of an armed robbery and kidnapping.

Mesquite officers discovered that a male suspect had brandished a handgun, demanding the clerk empty the cash register, and then forced the employee into his vehicle, which was parked close by. The suspect drove off and later let the clerk out near a casino. The victim was unharmed.

Throughout the day, investigators gathered video evidence and worked to identify the suspect. A breakthrough happened at around 1:30pm after a report of a vehicle stolen at a different casino. Officers were able to identify the suspect in this vehicle theft and video footage showed the automobile going to a hotel.  This vehicle was not the one used in the gas station robbery, but that one was later recovered in a residential community.

Officers showed up at the hotel and observed the robbery suspect and a female exit the building, and once police made contact, the two attempted to flee on foot but were arrested. Three other hotel room occupants were also detained.

A search warrant was then executed for the hotel room where a revolver and the key and registration for the stolen vehicle were found.

The four charged in connection with these incidents include:

Kyle Dynes, 34, of Uhrichsville, with felony robbery with use of a deadly weapon, felony kidnapping, and obstructing an officer.

Cody Jones, 35, from New Philadelphia, is charged with possession of a stolen vehicle.

Nicole Dessecker, 33, of New Philadelphia, was charged with a gross misdemeanor conspiracy to possess a stolen vehicle.

Tabbetha Perez, 36, of Canton, is charged with possession of drug paraphernalia.

David Jordan Jr., 32, of Nevada, is facing charges of conspiracy to commit a robbery with a deadly weapon, grand larceny of a motor vehicle, and possession of a stolen vehicle.

Additional charges could follow pending further evidence being processed from the two vehicles.

Hear from the survivor as she spoke with 8 News NOW Las Vegas.