Paving Begins Monday in the City of Dover 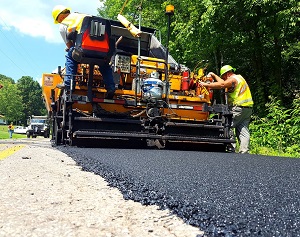 The city partnered with the Ohio Department of Transportation for resurfacing one mile of State Route 211 (N. Tuscarawas Avenue) and traffic will be maintained with flaggers. Completion is expected by September 30th.

Interim Mayor Shane Gunnoe adds that their paving is also commencing with the downtown area.

“2nd, 3rd, 4th, Walnut Street, in the area of the downtown, those will start on Monday being paved. We look forward to having that projected completed and having some quality roads in our business district. It’s expected to take about a week to complete.”

Additional roads include 7th, 8th, and 11th streets, and another section of Walnut Street. Dover City students go back on August 23rd, and Gunnoe notes that repaving efforts should not impact school routes.

“The area in front of the [high] school has been done already and our intention is to have any areas that would affect school traffic to be completed prior to the first day of school.”

For road work costs, the city is conducting a record $2.6 million. He adds they’re looking into the possibility of partnering with Dover Township for roads jointly shared, which, by working together, would help cut the cost.

Business owners in the downtown section were made aware of the impending paving and the intent is to conduct grinding and paving on half of the roadway to keep a lane open, but motorists are asked to slow down and be patient for these street improvements.