Paving to Begin Soon in Uhrichsville 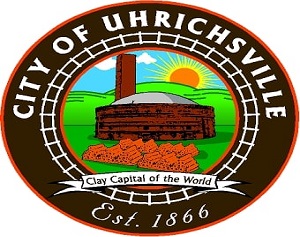 That announcement came from Mayor Mark Haney in his biweekly report.

The mayor was not in attendance for the Thursday night meeting, with the information relayed by Council President Buck Cottrell.

It was indicated that street department crews have been working with the city’s stormwater systems as a part of the paving process.

“I want the public to know that there will be road closings during paving. The street department has cleaned catch basins on Trenton Avenue, North Water, Parrish, and West 7th Street. They worked on the Newport Avenue catch basin in preparation for paving. They have plenty more to do, and are trying to get to them as their schedule permits.”

Cottrell also noted from the report that following the completion of paving, the street department plans on power washing the city’s welcome sign, and clearing brush around the area.

In other council action and news, the lining of sewer lines under the municipal building has been completed.

Council also discussed the ongoing legal dispute between Uhrichsville and Dennison over income tax payments, following a rejection of a request by Uhrichsville to dismiss a suit against the city.

City administration has contended that they were not in violation by terminating the deal, which called for 37-percent of the income taxes of Claymont High School employees to be paid to Dennison.

Cottrell called on Auditor Becky Carpenter to make a decision of making a payment or not, following the latest legal ruling.