Phase 1B Rolling Out in Two Weeks 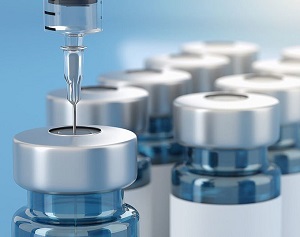 Nick McWilliams reporting – Governor Mike DeWine is projecting the next phase of coronavirus inoculations to begin sometime in the next two weeks.

At his Tuesday press conference, the governor noted the state is still working with health organizations to streamline vaccine administration in nursing homes, assisted living settings, and with first responders.

He adds they are still at the mercy of production waits and backups, but there is at least a projection of addressing the next populations within the month.

“In [Phase] 1B, we’re going to start with older people. And we hope in approximately two weeks from now, to be starting in. A lot of this depends on how much we are getting in from the federal government, et cetera. But we hope in two weeks to be starting on this 1B group.”

By the state’s count, the total number of individuals eligible for vaccination in Phase 1B hovers around 2.2 million, with nearly half of that total falling in the age 65-74 range.

Additionally, K-12 teachers and staff would make-up somewhere in the range of 334,000.

Director of the Department of Aging Ursel McElroy adds that currently, a large percentage of the backups and wasted doses can be attributed to eligible residents refusing a vaccine, due to fears of quick production, lack of testing data, and a host of other issues.

The state will hold another update on Thursday.