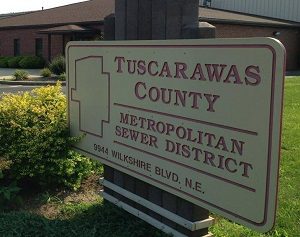 Nick McWilliams reporting – Moving into next year, the Tuscarawas County Metropolitan Water and Sewer District is proposing a three percent increase to rates in the county.

Proposals for next year moving forward will be based off a third-party study on rates conducted after funding is obtained through grant programs.

“Right now, we are looking at a three-percent [increase] for next year. The plan for me at least, when I come back in next year, we’ll have this independent rate study to rely on in terms of what our proposals are. And what I would like to propose to the board for next year, is basically, we have a five-year plan.”

According to Jones, projections for sewer rates in the state for 2021 put the average cost just above $800 per year, with Tuscarawas County residents slated to pay $662 under the three-percent increase, well below the median rate.

As for water, residents would pay slightly above the state average, with a three-percent increase coming in at around $759, as has been the case the last few years, due to an operation deficiency in 2014 and substantial rate increase.

Under the new proposal, a fee of $250 for a reconnection after a disconnection has been eliminated.

The full update is expected to be posted on the district’s website.