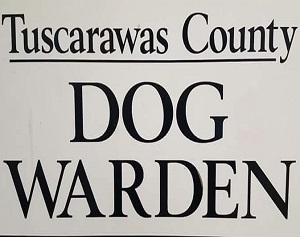 Mary Alice Reporting – For the Tuscarawas County Dog Pound, 2022 was a positive year.

Based upon the department’s annual report, 400 dogs were picked up by a warden, over 260 dogs were brought to the pound by an owner, and over 80 dogs were considered strays brought in by the public.

Tuscarawas Commissioner Chris Abbuhl noted other positives with over 270 dogs redeemed by an owner, 96 were adopted, and over 290 were released to rescues. Despite these high numbers, 2022 also saw 73 dog euthanized, which can be sure to a variety of reasons.

“Alexis Strimbu was the candidate we felt that had the qualifications that would be best suited. The part-time pound keep is very important. They are the one that’s responsible for weekends, holidays so we rely on them.”

For more information or to see any animals they may pick up or have brought in to them, find the Tuscarawas County Dog Pound on Facebook.