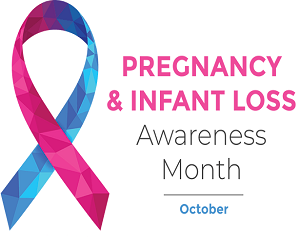 Mary Alice Reporting – Friday marks a remembrance day for those who have suffered the loss of a child through a miscarriage, stillbirth, SIDS, or other death of a newborn.

In 1988, President Ronald Reagan declared October 15th as Pregnancy and Infant Loss Remembrance Day as a way to raise awareness of the prevalence of this tragedy.

Erin Maroon, the co-founder of Ashlie’s Embrace, based in North Canton, started the organization in 2016 after the loss of her own child on October 28, 2015.

“We had less than an hour to hold her. When you have to say goodbye to a baby before you’ve even met it, it just completely changes everything and so we decided that we wanted to do something to help other parents in the same situation.”

From federal data, she notes that infant stillbirths account for roughly 24,000 deaths per year.

Maroon says that, during research, she came across a CuddleCot, and the organization provides the units to medical facilities across the United States.

“Cool gel pad that fits inside a basinet and keeps a baby cooler longer so that the natural changes don’t occur as quickly. Gives parents time to say goodbye and that’s been shown to help with the healing process a little bit. Just gives parents to opportunity to sort of process what has happened.”

Through their mission, the Maroon’s have placed 118 CuddleCots in 27 states.

Pregnancy and infant loss affect 1 in 4 women. According to the Centers for Disease Control, research supports a lower quality of maternal health care, socioeconomic factors, and structural racism in healthcare closely tie to racial disparities in maternal and infant deaths.