It was a drizzly night that quickly turned to a sloppy environment, but not because of the weather.

Ohio State dismantled what was supposed to be a sneaky-good Nebraska team. Pitched as a potential trap game for the Buckeyes, it seemed like nothing less than a home game.

Seriously, who saw this coming?

It was another example of the supreme hype behind a unit being dead on. Justin Fields is better than advertised, J.K. Dobbins and Master Teague are providing an elite tandem, the offensive line is full of bullies [in a good way,] there are seemingly zero holes in the secondary while the linebackers and defensive line look NFL ready. That’s a run-on sentence and a bit of a hyperbole but is it really wrong in any way?

Fields ended up managing the game and lighting up the scoreboard again and remaining mistake free. Austin Mack played some grown-man ball with a highlight performance. Chase Young had yet another strip-sack. Jeffrey Okudah snatched two passes coming off his first career interception last week.

There’s not enough room on this page or time to breakdown every quality performance.

Cormhuskers’ quarterback Adrian Martinez nearly led a historic upset last year, but that seems so long ago now. The sophomore was picked off three times early on, having Okudah jump a route late before a tipped ball off his receiver’s hand was grabbed but the Silver Bullets. The last pick was the least excusable, with a short-armed pass sailing into the diving arms of Jordan Fuller.

Likely the best way to summarize this night was the hit linebacker Pete Werner and lineman Robert Landers dished on Wan’Dale Robinson with around 8:30 left in the third quarter. The impact from both the front and back of Robinson and the biblical sound that echoed through Memorial Stadium was enough to evoke a wave of concerned groans from Husker faithful and savage enjoyment for Buckeye backers.

Nebraska broke through late in the third quarter with a Dedrick Mills 9-yard touchdown run against a number of defensive backups, avoiding the first home shutout for the Cornhuskers in around 50 years.

There was talk of a possible drop-off for Ohio State this year with so many changing variables. Those can all be put to bed. Harder tests loom, like Wisconsin, Penn State or even Michigan State, but this was a game that had all the ingredients of the contests that always trip up the Buckeyes. An away night game, against a solid opponent, coming off a blowout win with playoff talk ramping up. Sound familiar? Kind of like Purdue in 2018, Iowa in 2017 and a very winnable top-10 match-up against Michigan State in 2015 in rain-soaked Columbus.

The Buckeyes are mostly healthy at the beginning of conference play, with all the momentum in the world heading into key conference games. Which, in some ways, is uncharted territory. Urban Meyer always liked to talk about facing and overcoming adversity, and fans usually thought it was comical because the Scarlet and Gray never seemed to have any of those issues. But given how things have gone in 2019, maybe Meyer was in go something. Maybe this is a team that is at the elite level he always wanted. Because how many issues do the Buckeyes really have at this point?

Other items of note:

Ohio State is now 5-0, now placing all eyes on Michigan State in a top-25 match-up. Following the 17-14 loss at home in 2015 and escaping with a 17-16 win in 2016, the Buckeyes have outscored the Spartans by an average of 74-9 in two outings. On top of that, Clemson barely edged North Carolina while Alabama looked suspect at times against Ole Miss. Can Ohio State crack the top-4? 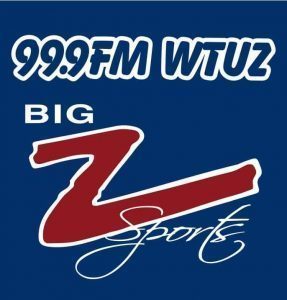