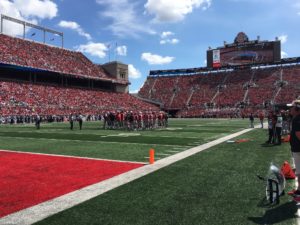 Columbus, Ohio – The Buckeyes did not start as fast as they did in their opener, but the end result was the same.

104,089 people on a near perfect Saturday afternoon welcomed in a former Buckeye player, and head coach. The Luke Fickell led Cincinnati Bearcats came into Ohio Stadium after an 11 win season in 2018, only their third in 131 years, and a number of returning starters on both sides of the ball. That talent and experience showed up early on in the contest.

Ohio State led only 7-0 after the first quarter. But, a strong 21 point second quarter propelled the Buckeyes into the half with a 28-0 lead over Cincinnati. Running back J.K. Dobbins led the charge in the second frame with two rushing touchdowns, one from 4 yards out, and then a 60 yarder. Dobbins finished the game with 144 yards.

Head coach Ryan Day on J.K. Dobbins, “When he got to the second level he was rolling today and I thought it was great getting J.K. going and the O-line did and unbelievable job.”

Ryan Day noted though that there is room for improvement, “We got ourselves in rhythm. But overall I thought it was a solid performance but another step in his progression.

Overall it was a balanced day for the Buckeyes’ offense. Tallying 270 on the ground, and 238 through the air.

Ohio State’s defense held Cincinnati to 166 passing yards, and only 107 rushing yards. The Buckeyes recorded their first shutout since 2017, when they beat Rutgers 56-0.

Fifth ranked Ohio State travels to Bloomington to take on the 2-0 Indiana Hoosiers next week. 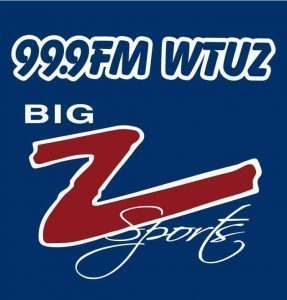 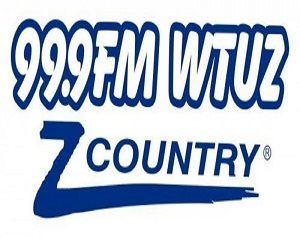