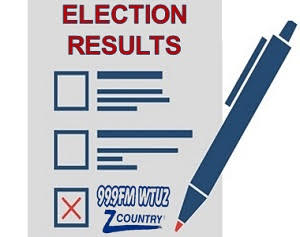 Due to issues with redrawing legislative district maps, the state was forced to hold a second primary, which was solely for Senate, House of Representatives, and Democratic and Republican Central Committee seats.

The only real races were for the men’s seats on the central committees.

On the Democratic side, Jason Stevens beat two challengers. For the Republicans, incumbent Doug Wills was the choice for the seat that falls in the 31st Senate District.

Running unopposed, Representative Brett Hillyer will have his name on the ballot in November for the 51st District as the Republican candidate, after serving as the 98th representative.

In the Senate, Al Landis will also advance, running unopposed for a Republican seat for the 31st District.

For the Democratic Central Committee women’s seat, Martha Campbell ran unopposed. On the Republican side, Antonia Blake also found no opposition and will be reappearing in November.