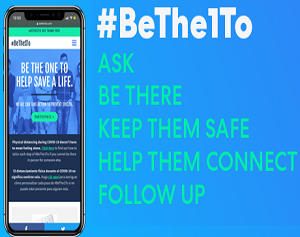 Mary Alice Reporting – Data from a 2018 report shows startling statics in Tuscarawas County adults and youth when it comes to suicide thoughts.

This week marks National Suicide Awareness Week and local leaders are prompting residents to start the conversation and recognize the behaviors.

Leslie Blake, the Integrated Care Manager at the Behavioral Health Center for Cleveland Clinic Union Hospital, notes that there is still a stigma surrounding suicide, which needs to be reduced.

“There’s still a degree to which people are protective about talking about this issue. One of the biggest preventions for suicide is having the conversation. Acknowledging that you see the symptoms and being able to talk about them, and it’s not talking about it to solve it, it’s talking about to listen and understand with an empathetic ear.”

In addition, Tuscarawas and Carroll County ADAMHS Board Executive Director Natalie Bollon says that based upon a countywide 2018 survey, data shows almost 5,000 adults have considered suicide.

Some behaviors, usually when a combination of multiple is present, can be signs that someone may be struggling and they include isolation, loneliness, withdrawing, and potential drug use; along with other stressors, according to Blake.

“Those financial strains, maybe change in [a] job, loss of home, and those things can precipitate symptoms that can be recognized and potentially talked about.”

Data also shows that higher suicide rates can be seen in Appalachian counties. In Ohio alone, 1,836 people take their own life every year, which equates to almost five individuals per day, and the majority are older men.