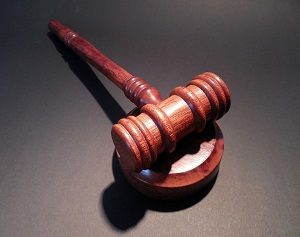 Nick McWilliams reporting – A New Philadelphia man who was serving time for killing his dog and violating probation will spend at least three years behind bars for a separate incident.

In Judge Elizabeth Thomako’s courtroom on Monday, 59-year-old Adam Soto was sentenced to three years for stabbing a man on Front Avenue in New Philadelphia in April.

Soto had been serving the remainder of a probation violation for admitting to consuming alcohol before testing positive April 7th.

The New Phila man apologized to the judge, and had no objections to the three to four-and-a-half year suggested sentence from Tuscarawas County Assistant Prosecutor Fred Scott.

“Your Honor, I’m very ashamed of my actions. I feel I was very wrong for my decision that day. I could have made the better, wiser decision to walk away, and I didn’t. And I’m very sorry for that Your Honor.”

According to Scott, considerable suffering was inflicted on the victim, who stated that he was attacked after Soto arrived at his home.

“He was hospitalized for two days. It was a stab wound, I believe to his left shoulder on his back area. Luckily, he didn’t hit any major blood vessels. But it did cause him pain and suffering throughout his rehabilitation.”

A two-year, consecutive prison sentence was also handed down by Thomakos for violating the terms of a two-year probationary period related to a 2020 attempted felonious assault case.

That violation occurred due to Soto defying a no-contact order that was in place for the man he stabbed, along with the alcohol consumption.

Jail credit will be awarded to the 59-year-old, but the amount has yet to be determined by Thomakos. Soto will also be on 18 months to three years of parole upon his released.