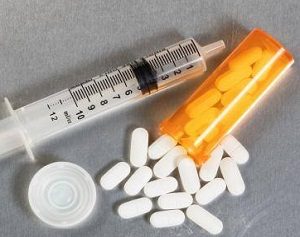 Mary Alice Reporting – A recent announcement touted the work that the Ohio Organized Crime Investigations Commission accomplished over the course of 2020.

More than $29 million in illegal drugs were seized across the state, which resulted in 200 criminal charges and indictments of 102 individuals.

Closer to home, one task force is made up of the sheriff’s office in Coshocton, Guernsey, Knox, Licking, Muskingum, and Perry counties; as well as, the Ohio State Highway Patrol, U.S. Postal Inspector and Homeland Investigations, and the Licking County Prosecutors office.

From this group, over the year, significant drug seizures accounted for 24 pounds of cocaine and 45 pounds of methamphetamine that had an estimated street value of almost $3.4 million. Meanwhile, over $95,000 has been confiscated and 12 firearms.

Additionally, from a single traffic stop, three handguns, 40 pounds of methamphetamine, and over $177,000 were seized.

Over the course of 2020, 45 criminal counts were handed down and 19 people were ultimately indicted.