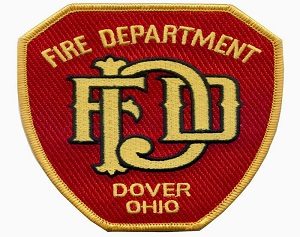 Circumstances are unknown about how a man got into the storm sewer system along the Tuscarawas River.

The Dover Fire Department was called at 9:50pm, Sunday night, to assist with a possible trapped person near the Wooster Avenue bridge.

Responding personnel, according to a press release, indicated that they could hear a person moving and talking in the storm sewer but they were unable to see the individual. Communication attempts by firefighters were unsuccessful.

First responders then heard a metal sound, possibly the person falling, and then all was silent.

The Dover Wastewater Department arrived on scene and they located a connecting manhole about 150 feet from the entry, and, now several hours after the initial call, the cover was removed, and the person was observed roughly 30 to 40 feet below street level and unconscious, but they eventually woke but was not communicating well.

A Technical Rope Rescue system was set up and the victim was pulled free from the hole at 11:30pm.

The person was transported by Dover Fire to Canton hospital with serious injuries and at this point, the name and how the individual got into the storm sewer are unknown.