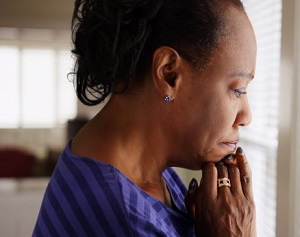 ONC Reporting –  A new survey of women age 50 and older finds lockdowns and social distancing during the coronavirus pandemic have amplified feelings of loneliness in Ohio and across the U.S.

Chronic loneliness can drive up cortisol levels in the body, which can weaken the immune system, diminish cognitive performance and increase the risk of heart disease. Margaret Manning founded Sixty and Me, the group conducting the poll, and said the percentage of people experiencing loneliness was up 10 points from the previous year.

“Eighty-five percent of the women in our community said that they felt lonely at some time in the last year,” Manning said. “Seventy-eight percent said that the COVID-19 pandemic had really impacted their loneliness and social isolation.”

The survey found limits on the ability to socialize during the pandemic have amplified feelings of isolation, and many respondents said they have experienced a sense of hopelessness and anxiety when leaving the house. Sixty-one percent said they turned to video calls to keep in touch with family and friends, and nearly half used video calls for the first time.

Manning said loneliness is not the same as social isolation. People don’t just want more people in their lives, they want intimacy, not just interaction. She said the survey is a way to start a conversation, to let people know they are not alone, and offer ways to mitigate loneliness even during the pandemic.

For example, many respondents reported a strong connection between time spent in nature and reduced stress levels, anxiety and depression.

“If you are feeling lonely, feeling strong and healthy and in control of your life — having a good diet, a good exercise regime, just feeling strong — that can help,” she said.

Two-thirds of respondents said getting outside helps distract them from feeling lonely and negative thoughts. Making an effort to be social, meditation and prayer, starting a new hobby and keeping a journal also can help ward off loneliness. And respondents said making a contribution to your community, through charitable giving or volunteering, also can reduce anxiety and restore a sense of connectedness.