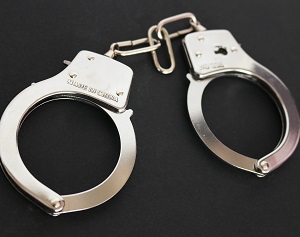 Mary Alice Reporting – A 32-year-old suspect wanted on multiple warrants is in jail after hiding from Uhrichsville Police and falling through an attic.

A release states that, on Saturday evening, Uhrichsville Officers Codi Stark and Colin Hickey, along with Dennison Police Officer Anthony Frame, arrived at an apartment complex on Claymont Drive in an attempt to locate Andrew Willis for multiple outstanding arrest warrants.

The apartment resident claimed Willis was not there and gave her consent for the Officers to search. A look around the home did not reveal the wanted man but police found attic access in the bedroom closet and the panel was pushed aside.

Officers Stark and Hickey climbed through and found Willis hiding under insulation with only his face exposed. He ignored verbal commands and one Taser cartridge was deployed, making successful contact. Willis was then handcuffed and while escorting him across the attic space, Willis tried to sit and went through drywall, which was unable to hold his weight, and he fell into a neighboring apartment where he landed in the upstairs hallway. The family was not injured.

Willis then ran through the apartment attempting to escape but Officer Frame was waiting. The other two officers dropped down through the ceiling hole and assisted in gaining control over Willis. The Tuscarawas County Sheriff’s Office also arrived on scene.

The Uhrichsville Fire Department transported Willis to Trinity Hospital to be medically cleared and then he was taken to the county jail. Willis now faces charges from the issued arrest warrants and new criminal counts.