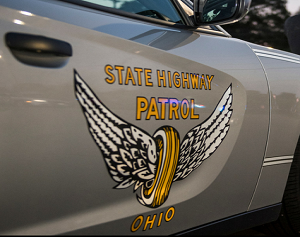 A weekend crash resulted in the death of a 2017 Polaris driver and one passenger.

The Ohio State Highway Patrol responded Sunday morning at 12:20 am for an ATV crash on Township Road 429.

Sgt. Bowers of the New Philadelphia Post of the Ohio State Highway Patrol says the victims had gathered at a home for a party.

“They decided to get in the Razor and go for a ride and when they left the residence, they were traveling west on Hilltop Drive when the driver lost control, went off to the left side of the road, and hit a tree.”

The ATV, which is designed for two individuals, had four occupants in the crash. 18-year old Micah Busby of Bowerston was flown to Akron General with serious injuries.  20 year-old Emily Ditto of Baltic was taken to Cleveland Clinic Union Hospital after seeking help from the rest of the party guests.

The driver, 24 year-old Austin Zinkon of Sugarcreek was pronounced dead at the scene by the Tuscarawas County Coroner’s Office.

21-year old Stefanie Risher of Midvale, one of the passengers, passed on Monday after multiple tests came back with no brain activity.

Witnesses have stated that alcohol was consumed before the crash, and alcohol was found still on the ATV at the crash scene.

Due to the nature of the underage consumption, Sgt. Bowers says that investigation into the crash continues.

“It has now been handed to Investigative Units, and now they’re tracking back to find out how they came about being able to have alcohol and if alcohol was being served at the residence that they had left from.”

Autopsy results for Zinkon will aid in the determination of blood alcohol content in his system.