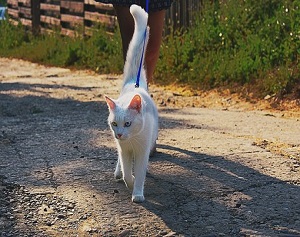 Nick McWilliams reporting – Spawning from more complaints of feral cats, Uhrichsville has approved funds to continue working against the issue.

Service Director Belle Everett requested funds to be used for a trap, neuter, release effort, due to the latest complaints.

She went on record to say that the current situation relates to one quadrant mostly, and the city has received numerous complaints.

“And they just keep growing. I would like to ask for approval for $1,500. I did not look at which fund I would take that from, however, I know that would be money well spent for the city. Because the cats are just taking over the West Side.”

Councilman Michael Huff also made mention of another potential situation of feral cats being fed and consistently returning to an area, causing issues in a neighborhood.

Everett’s goal is to have groups like the Tuscarawas County TNR project, along with volunteers, capture the cats, take them to have a spay or neuter procedure, then release them back where they were found.

The requested funds will be used to reimburse veterinarian bills.

While a majority of council agreed to the notion, others like Councilmen Matt Fox and Jim Zucal objected, with Zucal saying that it should be up to the residents to curb the issue by better taking care of their animals.

“I will be voting no on that tonight. I love all animals, and I have cats out on my farm. I think they’re beautiful animals. But I think there should be some onus responsibility for property owners to take care of their own animals. And they shouldn’t be allowed to run free. And I don’t think it’s a good use of taxpayer’s money to fund such a program.”

Sergeant Mike Hickman, who was in attendance, says that the city does not have any ordinance that requires a licensing of felines like dogs.

Law Director J.J. Ong is expected to be approached with any potential legislative efforts Uhrichsville could take, but Hickman and Mayor Mark Haney doubted that could be done.

Fox and Zucal voted no to the money transfer, while the rest of council voted for the measure. Councilwoman Amy Myers was not in attendance.