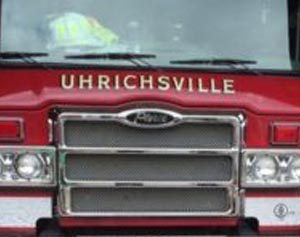 Mary Alice Reporting – City council was provided with an update on the calls the Uhrichsville fire department received over the Christmas holiday weekend.

Chief Justin Edwards indicated that, over a three-day span, December 24th through the 26th, they experienced a boom in emergency calls.

During that time frame, they responded to twenty-eight.

“Several [calls] as you can imagine with the snow, a structure fire which was outside of the city, several overdoses including one that was a double overdose, two people in one car, and then on Christmas morning we had a cardiac arrest in the city that was successfully resuscitated.”

The ambulance did have to transport the cardiac patient to Altman Hospital. Mayor Mark Haney added that he received a message from Trinity Twin City Hospital related to this incident.

“On how well and professional our personnel were in handling the situation and how well they helped the hospital, who was, I believe, short-staffed too. We worked them through this. She says, you know, recognize them as hero’s and we’re fortunate to have them in our community.”

Edwards also updated the council about how several crew members would receive the COVID vaccine at the health department, which will hopefully help the department given that several employees tested positive within the past several weeks. He noted this has left them short-staffed.

The fire department has also acquired a new ambulance from Penn Care which is set to arrive at the station this soon.